I had written the original thread a few months back. I generally save some of my longer threads to turn them into blogposts later. Somehow forgot to do it for this thread and later people started asking me for the thread later on DM (because my tweets delete in X weeks). Thankfully Gowtham, a friend had taken screenshots of the thread and saved them for later use. This post is constructed turning by those screenshots into text thanks to this Online OCR site because I am too lazy to write the whole thing again :)

A lot of people (especially juniors from college) ask me for advice around job switches and the thing most discussed is compensation and how to get a better hike.

Here is a short thread around pay hike negotiation.

First thing first: Do well in your interviews. If you are a ‘maybe hire’ then you won’t have much leverage in negotiations. You will probably have accept whatever you get.

So prepare well. Make sure you leave an impression where every interviewer is vouching for you.

Then comes the offer letter part and the subsequent negotiation.

I generally don’t put a number before the interview. I like to be honest and tell the interviewer that I am exploring multiple opportunities and will take a final decision based on multiple parameters.

Which is obviously true. You don’t want to make a career choice only based on money. You want to make sure the charter you are getting, the team, the vision of the company is something you are excited by and you are a good fit for the role.

But the main reason you don’t put a number is because then it becomes the upper bound and the final salary you get is always a discount on that number. Let them give you a number first.

If they persist my answer is that “I will accept a number based on the following data points:

All can be easily found out if you reach out to your alumni network, have friends in the same industry and googling/ glassdoor in general.

Having multiple offers help. In the past my job search used to be pretty simple: Reach out to CEO/Upper management for the company I want to join and tell them why they should hire me. It worked to an extent.

But I realised that with time my salary was less than the best in the industry. The thing which I was not doing was negotiating hard, having leverage through other good offers and optimising on team fit and role and ignoring the financial aspects.

So I changed my approach.

Companies spend a lot of time trying to hire good candidates and if they mark you as a strong hire you can pretty much negotiate your way into the role as well as the salary you want.

So here should be the plan 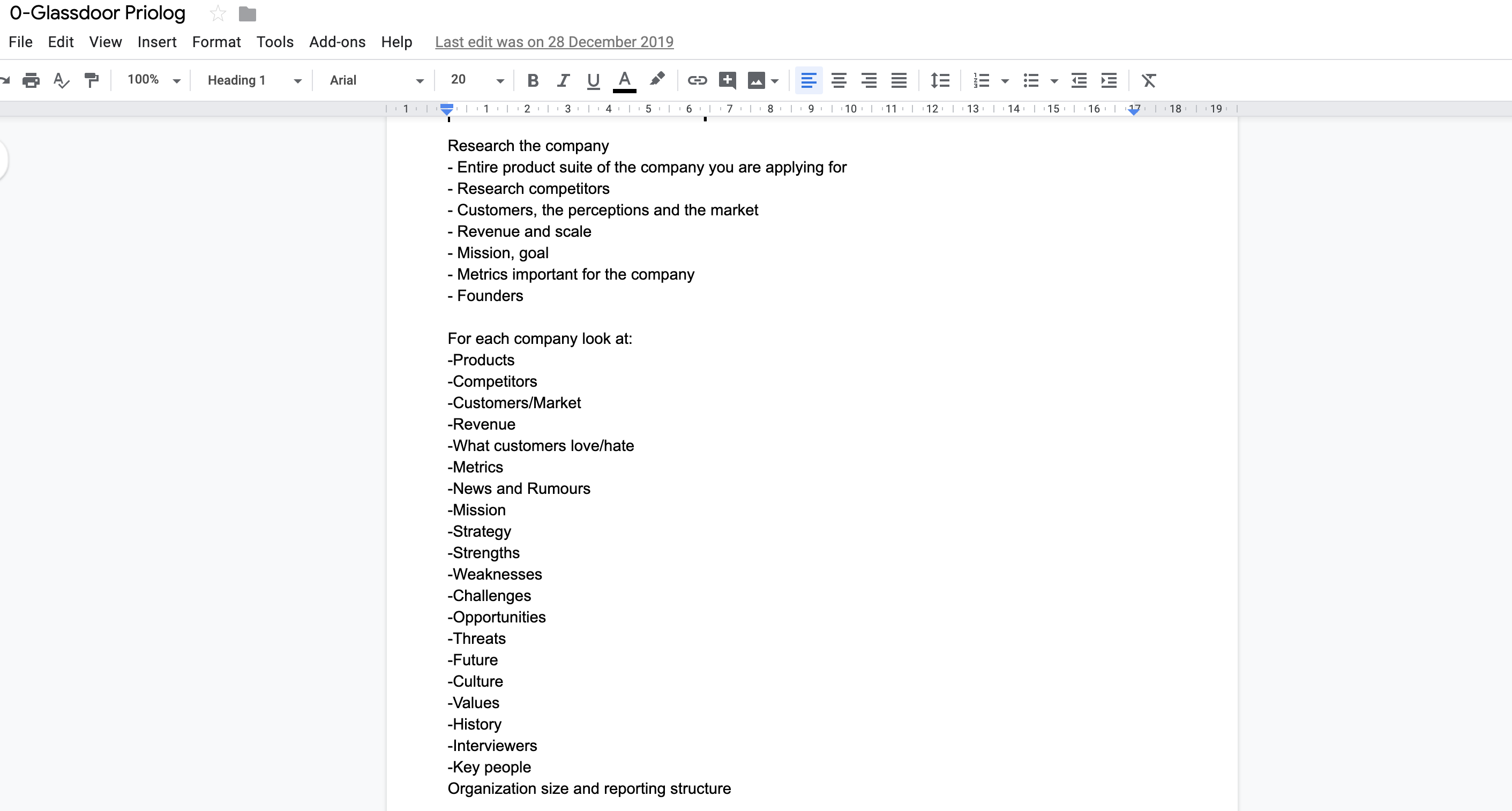 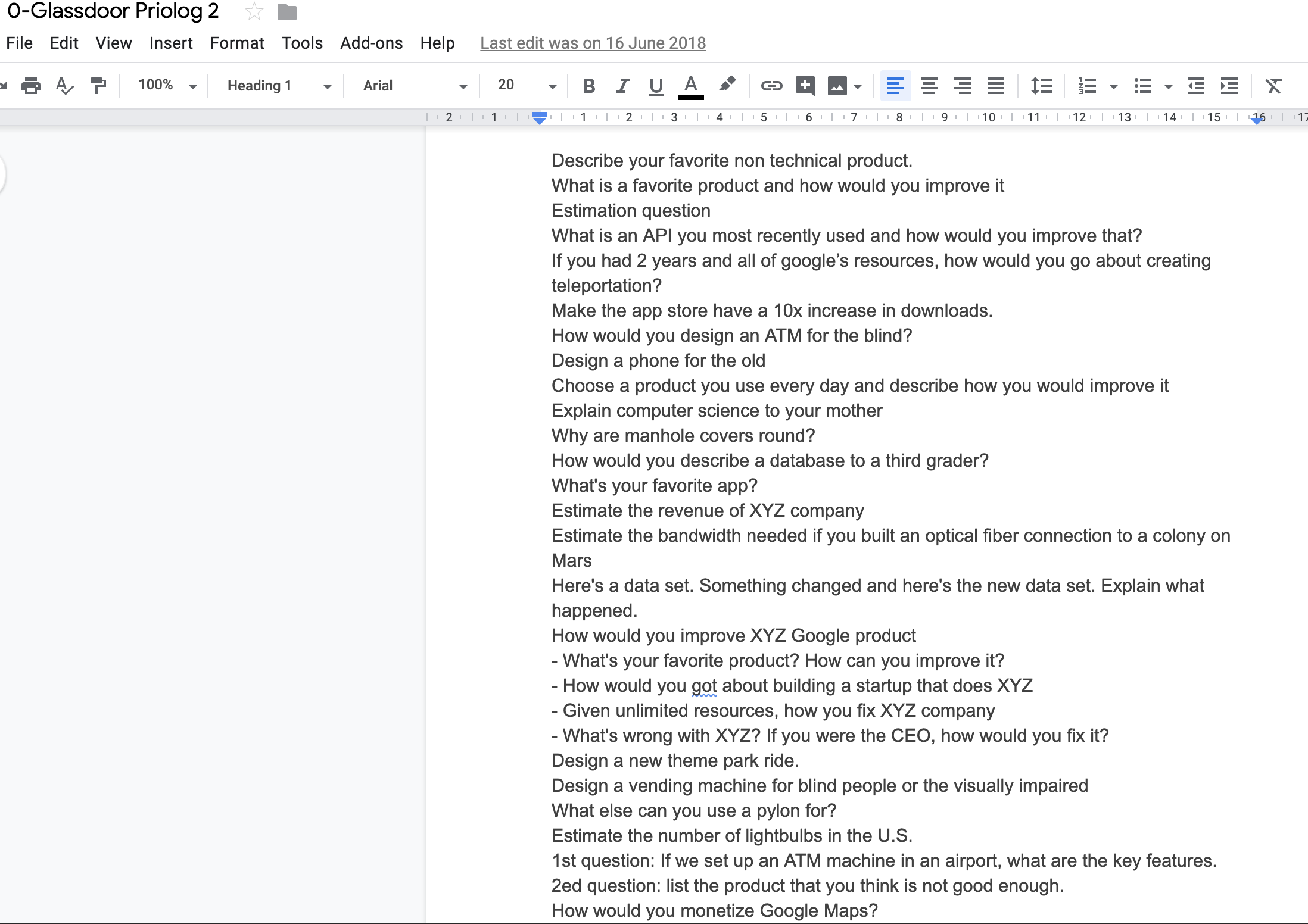 I am using the same docs for the PM coaching program I am running currently.

I had an APM role which could have paid whatever I wanted a few years back. But I knew I wanted to get a better role/charter. I knew I had it in me and refused to settle for less than what I wanted.

Here is a reply I had sent once.

Note: I never got emotional. I mentioned why I can’t accept the offer on its current terms. I gave them a call to action: See recommendations from my past Hiring Managers. I was even willing to connect them with the TA/HR if they wanted.

I waited out for sometime and sure enough I got the offer I wanted.

If they ask you to share details of competing offers, almost never mention the company name or detailed breakdown. When you are negotiating an offer only share what you must. You get nothing my offering more information and the competing offer information you share will most definitely be used to anchor your offer from a company. What I used to do was reply something in the lines of: “Hey, I don’t think it is ethical to shop for multiple offers by sharing details. If I share details of offer from company X with you, there is nothing stopping me from using your next offer and taking it back to company X and getting something more on top of your offer. I am sure you won’t appreciate that.” Use the high ground maneuver to get off this sticky situation.

Once you and the company get in alignment on the final offer, make sure you get it in writing. I had my first job offer (which I got on campus) rescinded. Why? Because the company had preponed the joining date and I could not join on that day. I had confirmed with the HR manager that it would not be an issue and I would be allowed to join on the original date. And hence I was pretty relaxed about the whole thing. But the day before joining they sent me a mail saying I could not join anymore because I did not join along with the rest of the freshers of my campus. When I questioned the HR, she told me point blank that since there is nothing “in writing” and all discussions I had was over a phone call, there is no proof that some concession was made for me.

I have had friends who got options at early stage startups but never got a document mentioning the same. As expected, they never really got the options later in spite of it being promised before joining.

Know that exploding offers are given just to put pressure on you. Companies spend months trying to hire the right candidate. They won’t change their mind if you take an extra week to decide. I took more than a month to decide which offer to take (I had 3 options). Though out the process I was in touch with the TA, Hiring Manager and even other members of the Interview Panel. If you are good they will wait. Unless you are being super un reasonable and they know you are just fishing for other offers and keeping them as a backup option.

The longer a hiring manager has the role open, the more desperate they will be to hire. Use this to your advantage.

If you don’t get the desired base pay, know that there is always a scope to get a higher joining bonus added or load more stock options to your package. Most TAs as well as Hiring Managers focus on keeping the base pay as low as possible. This is because they don’t want a huge salary gap between two people working in the same role. To compensate they would always be willing to negotiate on the other components of the job package: Joining bonus, Retention bonus, ESOPs, RSUs and maybe even the job title.

The best way to get companies to up their offer and compete for your signature is by signalling value. The easiest way to signal value is by getting offers from places, that the company considers superior to them or direct competitors.