Here is the one on one doc I use with my reports: 1-1 template.

I recently caught up with a junior from college (lets call him X) who had moved into Product Management a few months back.

Within 30 mins of meeting me, he told me that even though his company was doing well: had raised a large round of funding, he was thinking of leaving because he felt his manager did not trust him, and was not putting any effort in mentoring him.

There is this saying that People Leave Managers, not Companies, and this would have been another example of that.

Instead of judging his manager, I decided to dig deeper and find the root cause of his frustration. Soon the answer was pretty clear. The real issue was a lack of communication between X and his manager.

Even after 4 months of joining this startup, there was a lack of alignment/clarity on

My advice to X was simple. It was to talk to his Manager. It was clear that there was a communication gap and without more open communication there was only two possibilities

I wanted him to figure out whether the bunch of thoughts/accusations he had about his manager were even legit. Or did these thoughts come because he did not have a communication channel with his manager and hence he found it easier to fill in the gaps with his insecurities and doubts.

Tasks I gave him:

I got this message from him a couple of days back. Needless to say the 1-1 went well. 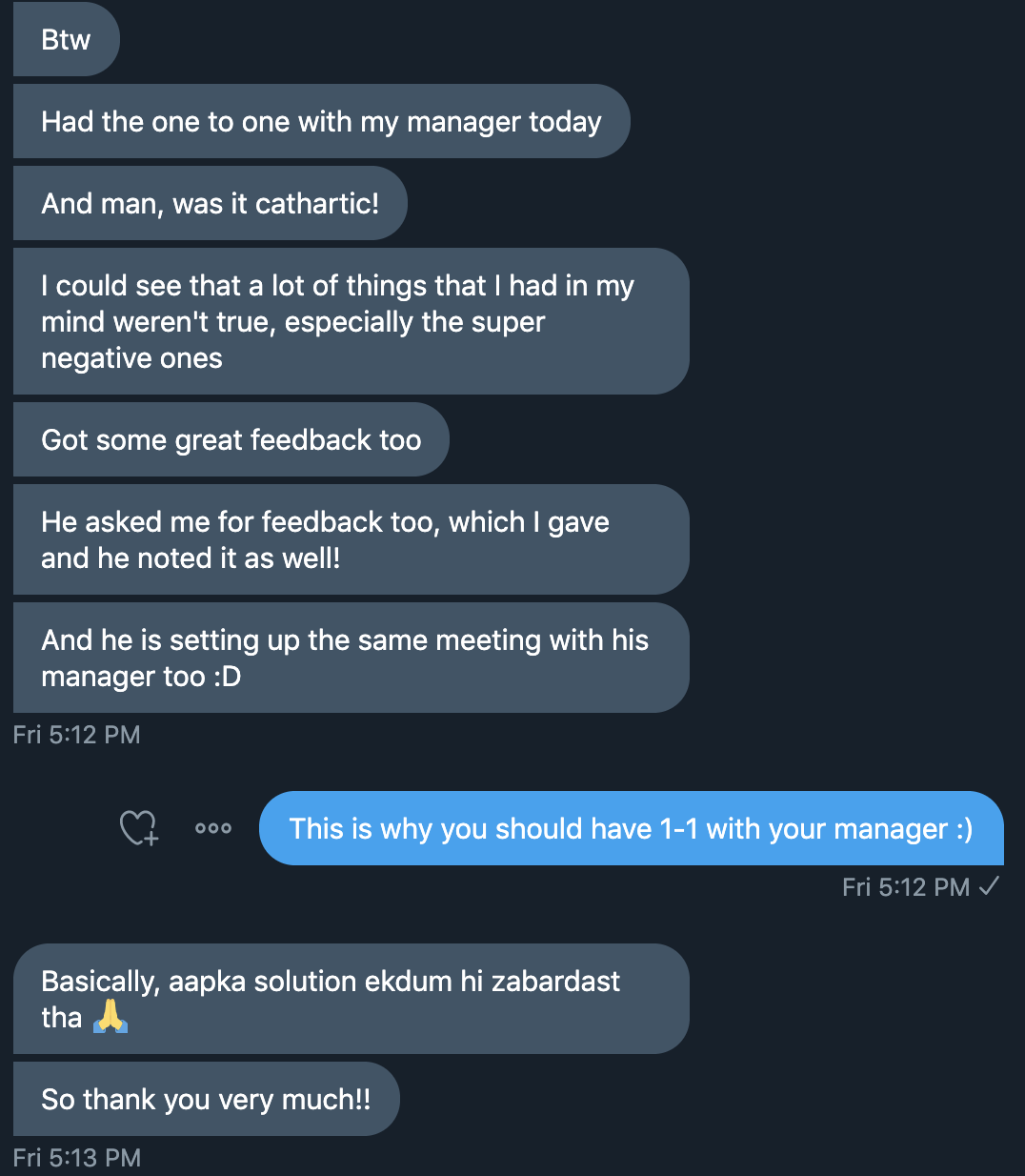 There are a bunch of resources on how to do an 1-1 already:

If you have read the posts, you know by now that there is no singular way to do 1-1s. So use the time to align with your manager on 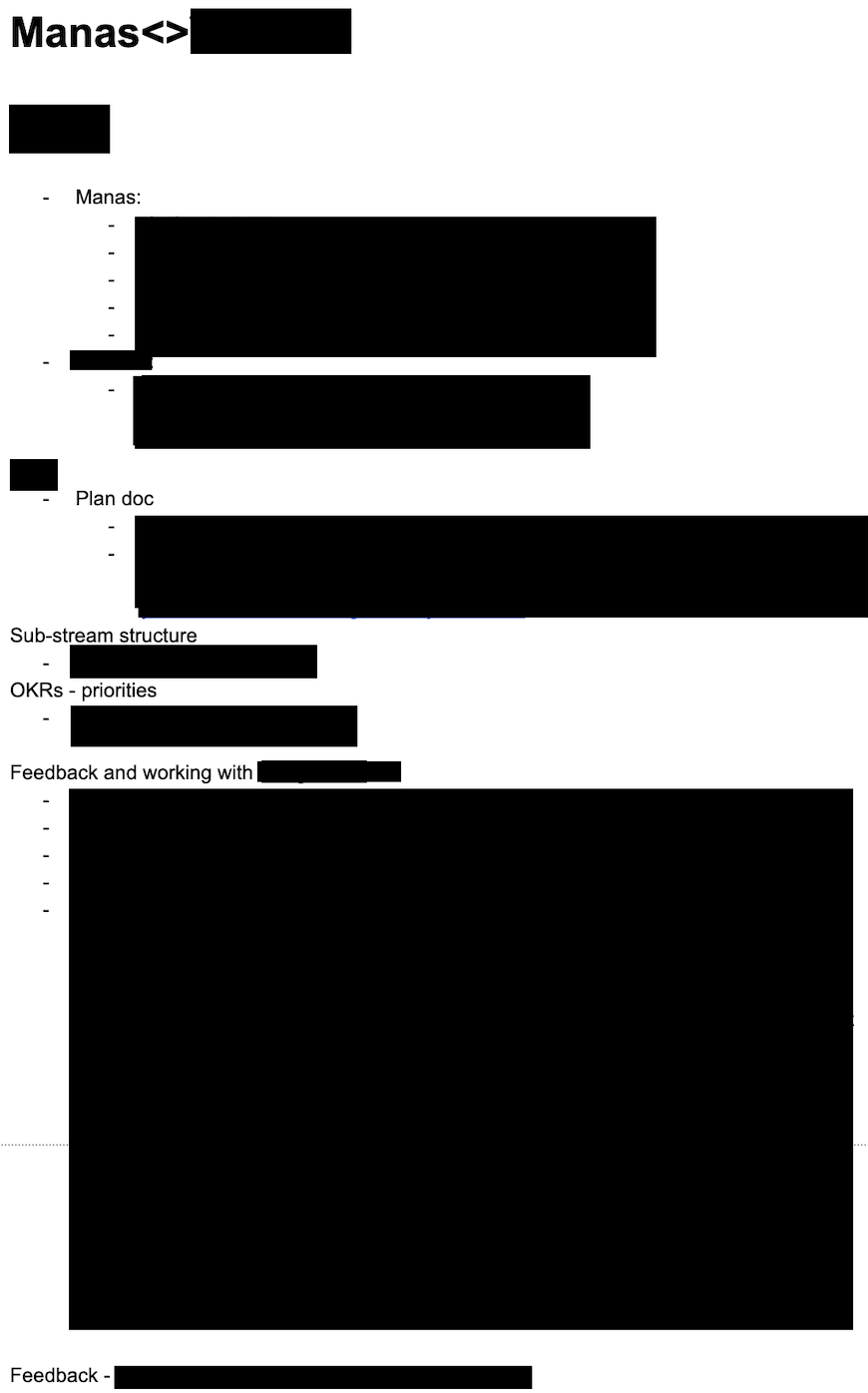 ^ Notes from my last 1-1 with my manager. As you can see the agenda items are listed at the top, first mine followed my manager. Then there are action items/feedback on topics listed on the agenda section.