The reason why WhatsApp Pay will win in P2P payments is because payment is generally the last step of the planning/buying funnel.

Imagine how weird it would be if you were buying on Amazon, but for payment you had to go to Google Pay, pay there and then post a screenshot as proof on Amazon to complete your purchase. This is what is happening on Whatsapp currently.

Whatsapp is the place where your entire network is. Where your groups are. Where planning a trip or an event happens.

Just because WhatsApp Pay is not available for everyone in a group, they have to pay using Google Pay or PhonePe.

Lets take the workflow in our football group as example. Every week, someone plans for the upcoming game. Pay for the ground on some third party platform. Share details of how much to pay. People who have confirmed their availability, go to Whatsapp and transfers their share of payment to the one who made the booking. Then after they share the payment success screenshot as proof of pay, their place is reserved. 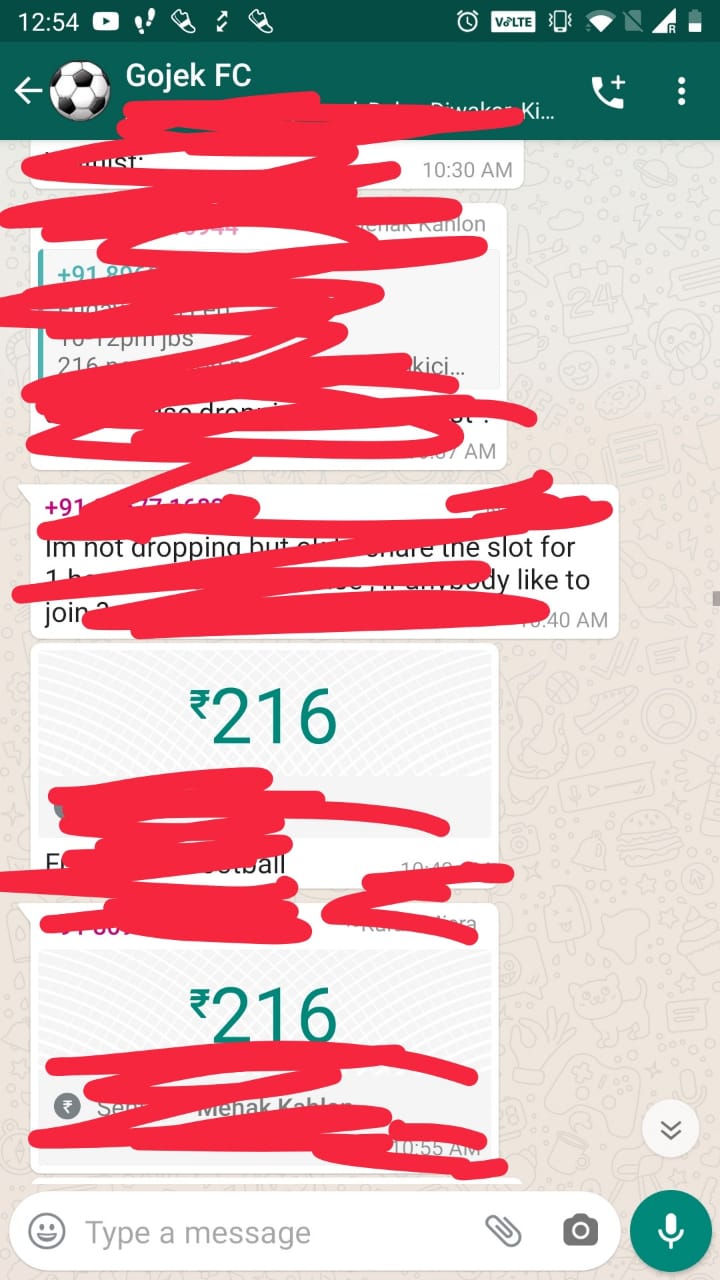 Now imagine the workflow, if the third party platform was already a merchant on Whatsapp Business. The organised could book the slot for friday football without leaving the platform and everyone could pay the organised through Whatsapp itself.

I think the next game changing features for facilitating commerce on Whatsapp will be:

In the future there will be 2 types of P2P payments:

1/ Payment to those in your network

I think Whatsapp Pay will win here considering most of your network is already there. If you don’t want to pay at present you would be allowed to open a tab for later settlement through the Splitwise type feature (which Whatsapp should build in the future).

For that you will use UPI on Google Pay or Phonepe.

Example Use cases: Paying for an autorickshaw ride, Sending money to a Chaiwalah in a new neigbourhood you are visiting for the first time.

Not sure which type of payments will dominate in the future. For me atleast it is the first time.

I can see WhatsApp Payments easily capturing friend to friend transactions. Idk about transaction to strangers/merchants. If they allow payments without the extra step of adding their number to contacts, then yeah, it will replace Google Pay no doubt.

Idk if they plan to or will stay content with capturing half of the total transactions people use UPI apps for.