Disclaimer: I love Dunzo   I just wish they had designed their Tipping feature better. We at Gojek, have lately seen our customers, tip a far higher amount than baseline because of the times we are in, and with a little extra effort I think Dunzo can also help their drivers earn more though tips. Let’s start!

Today, for the first time in my life, I felt like tipping someone after seeing a Dunzo driver try to complete his delivery during the rains. I had never bothered tipping on Uber, Ola or Zomato, and I was in virgin territory. I remembered that I had ordered groceries yesterday, and hence I opened the app to tip the driver completed the task.

It was interested that Dunzo lets you do that. Most apps tie the tipping feature to an ongoing order, and hence it is almost impossible to retrospectively tip after the order is completed.

Now comes the parts where I think Dunzo can improve.

Currently they let you multi select the tipping amount, which frankly does not make sense to me. I was super confused which tipping amount would be charged to me: 10, 20, 50 or 80 (sum of all the amounts I selected). 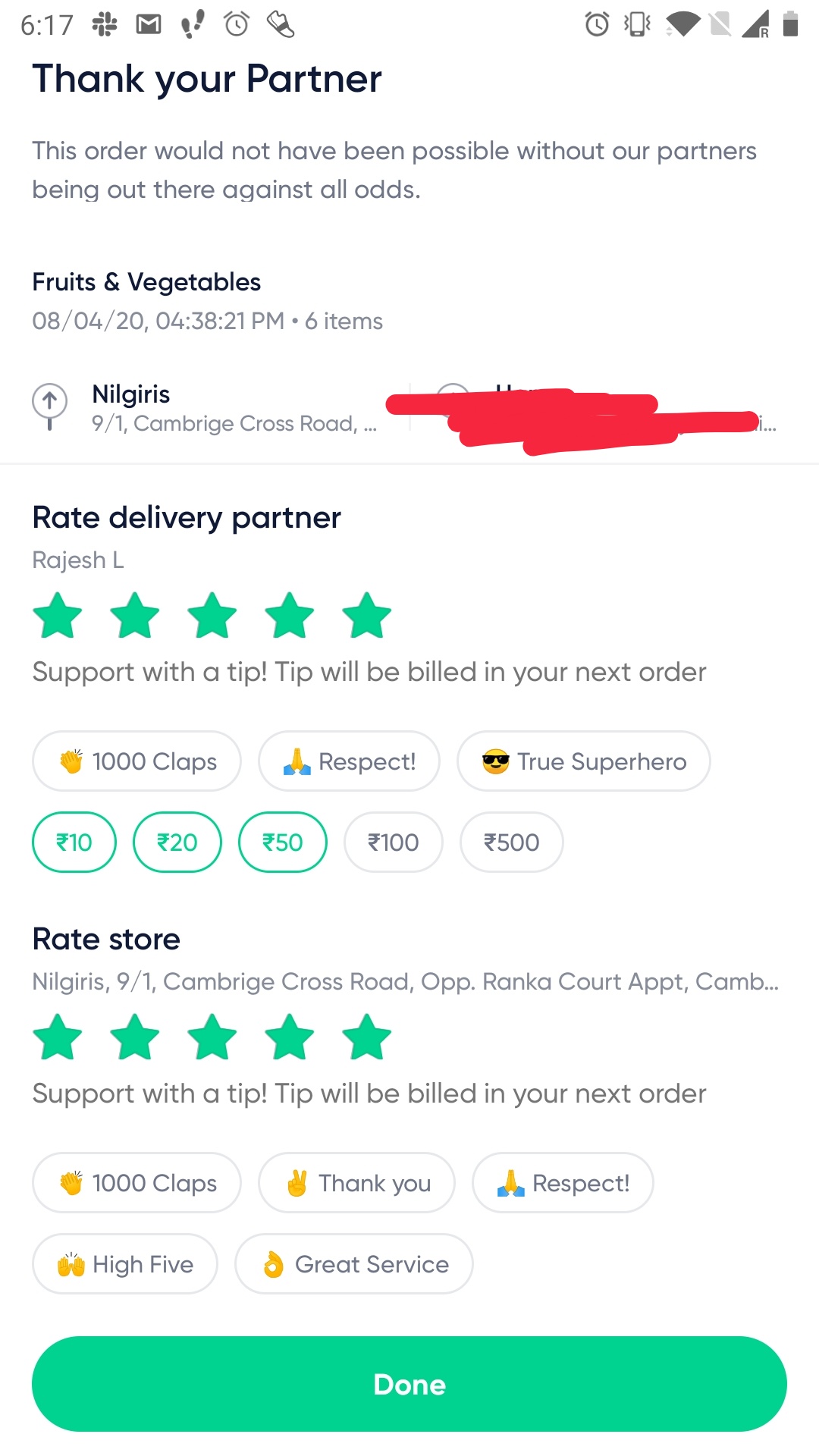 Improvement 1: It should turned into a single choice selection.

Improvement 2: Dunzo needs to think about the Information architecture on this page. Also figure out which are the most critical tasks for the user. If it was me, I would say Tipping is far more important than rating. There is no reason to tie multiple tasks such as rating driver and customer, and tipping together. As a user, I might want to just tip the driver without rating the shop.

Note: Tipping the driver should have nothing to do with rating the place he delivered from.

Once I pressed ‘Done’, I got a push notification from Dunzo which thanked me for tipping, and told me that the tip amount would be added to my next bill. But it was still not clear how much was did I actually tip. 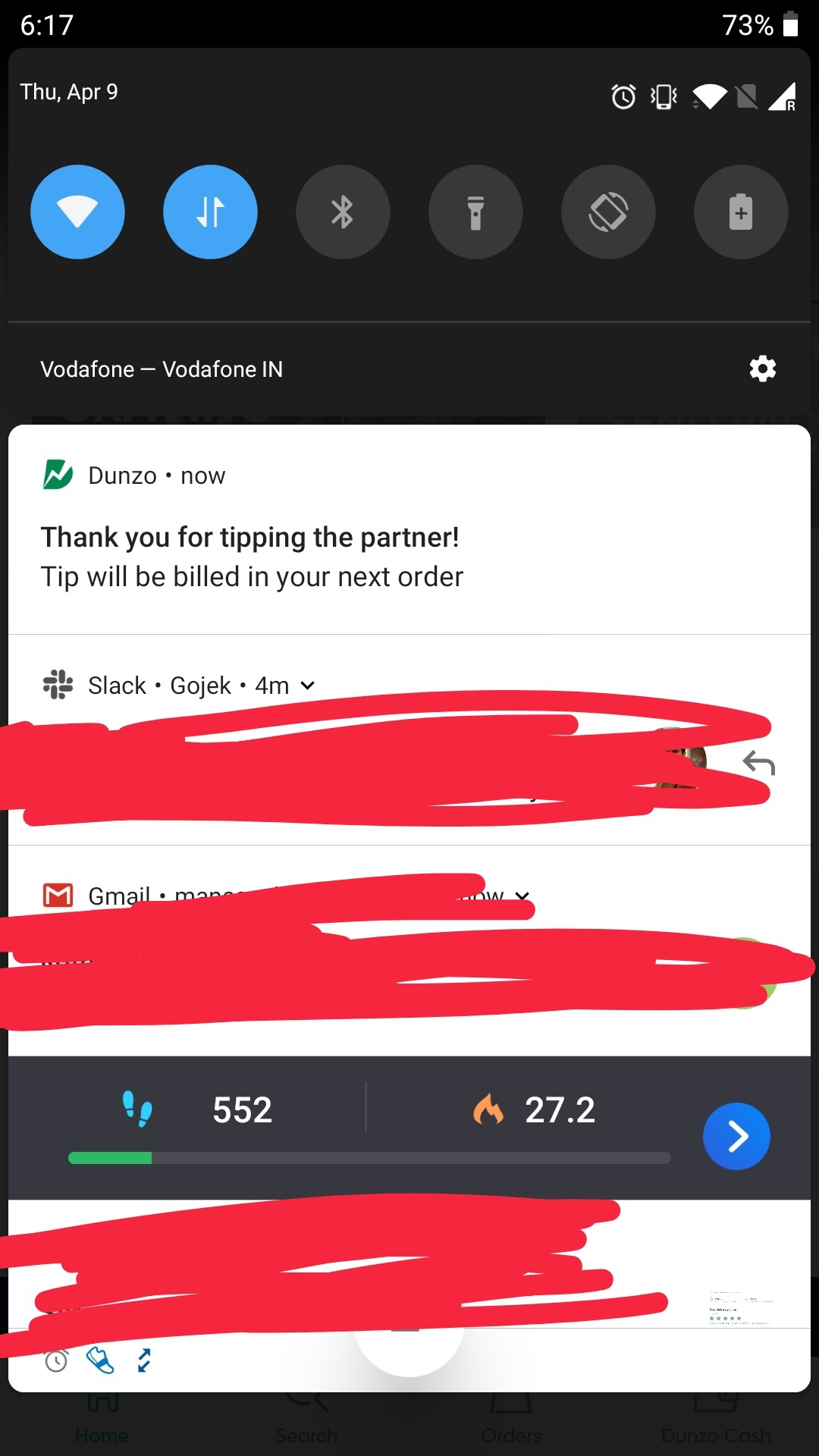 Improvement 3: Add the amount tipped in the body of the notification. This can be feedback to the customer regarding amount deducted while tipping.

The notification took me to a screen which was my last order details. It did not show me any info regarding the tip. 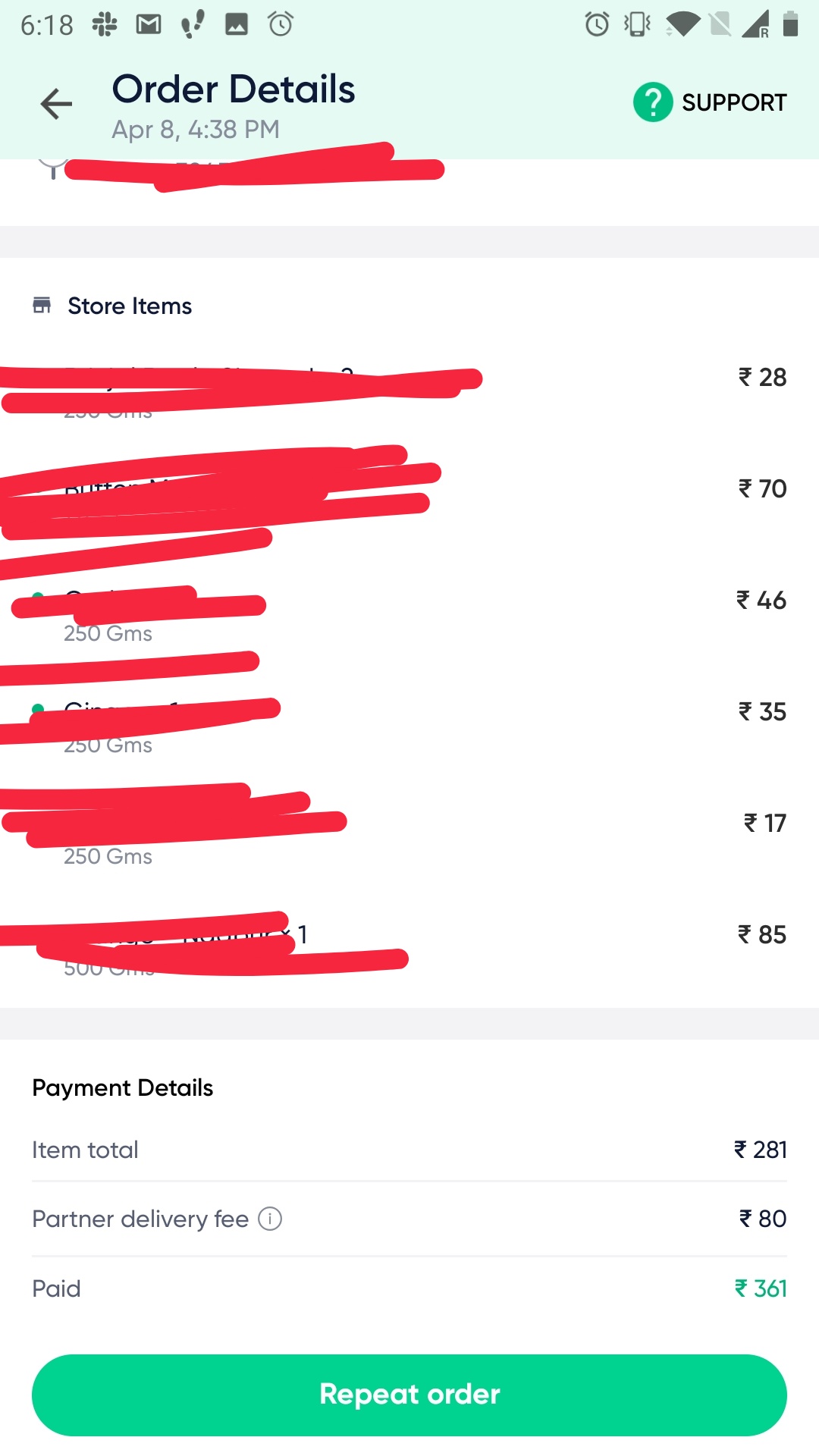 Improvement 4: Maybe add an item around tip somewhere here so that there is some fresh info in this page.

This is a great time for Dunzo, as well as other gig economy apps, to create a tipping culture, and change behavior of us Indians. We generally avoid tipping for services, and maybe this Coronavirus epidemic, will trigger a positive change.

And hence improving the tipping feature, both in terms of design as well as discovery, is needed.